Cathar Tours in Ariège and Aude

Cathar Tours in Ariège and Aude

Castles, abbeys and medieval cities, a collection of 22 monuments gathered around a shared history, that of the Cathars are all waiting to invite you to experience the slower pace of life in Occitanie.

The Pays d’Oc region was not united not by politics in the Middle Ages, but rather by its culture and its language. In this region of southern Europe, which reached from the Atlantic to the Alps and from the north of the Massif Central to the Pyrenees, people spoke the language of Oc, or more precisely, different dialects that come from the Occitan language. This Romance language was the language of troubadours and literary creation, and, together with Latin, that of the notaries and communal administrations. This lasted until French began to take hold, first of all in written language, at the beginning of the 16th Century, via the prestige of the French monarchy.

The Middle Ages saw the economic and cultural explosion of Europe. Romanesque and Gothic art give birth to masterpieces of architecture, sculpture, painting and even music. Under the all-powerful leadership of the Roman Church. In terms of politics, two great powers clashed in Occitanie: the counts of Toulouse and the Catalan counts. But this principle antagonism was actually a multiplicity of alliances and rivalries, between two vassal lords or more, and sometimes all of them at once... conflicts were numerous, long and complex.

The Albigensian Crusade would put an end to this dissension. The Crusade, initially waged for religious reasons, became the defining event in the mediaeval history of this region, not only for its violence but also for its political impact: a border began to emerge at the South, a border that will eventually become the kingdom of France.

In Aude ther are over 22 outstanding heritage sites open to the public, inviting you to travel through time at a more relaxed Southern French pace. The castles, abbeys, museums and medieval citadels in Cathar Country will immerse you in History; the history of the men and women who lived here, the history of the stones that built these places and the history of Catharism.

The route you will take is a journey through winding countryside of Corbières and over the edge of the Pyrenees. Stunning views and Mountain-top fortified castles, overlooking a non-existent border: after almost being forgotten, which are today enjoying a resurgence. The Abbey and its village nestled in the hollow of the valley. The history of these castles and abbeys is deeply intertwined with Catharism...

We offer a variety of tours throughout Cathar Country from 2 Nights to 7 Nights stopping off at many of the 22 monuments gathered around a shared history all situated in an authentic landscape that gives the Cathar country all of its character... However with so much more to do in the region including visiting the many wine appelations, grottos, picturesque villages and fine dining restarrants we are more than happy to tailor any of our breaks to suit you itinerary or wishes.

All our tours offer the maximum flexibility to our clients andyare available both midweek and weekend, providing you with the complete freedom to choose your travel dates. 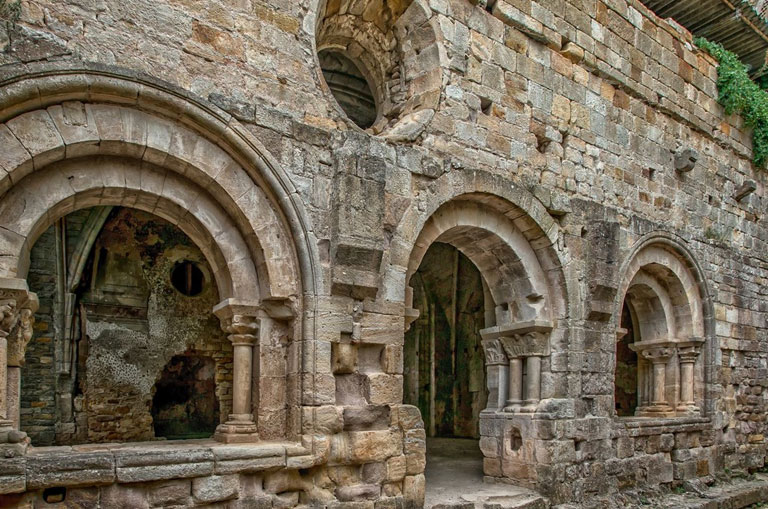 Surrounded on either side by steep hills, the village of Alet-les-Bains is nestled in a bend in the river Aude. The imposing remains of the abbey's church-cathe (...) 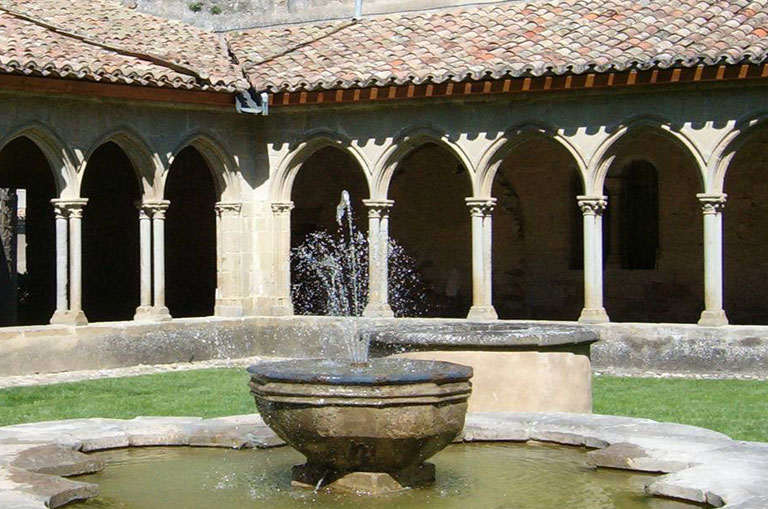 Located halfway between Carcassonne and Limoux, Saint-Hilaire forms part of the collective conscience. You only need step into the Abbey to have 1000 years of h (...) 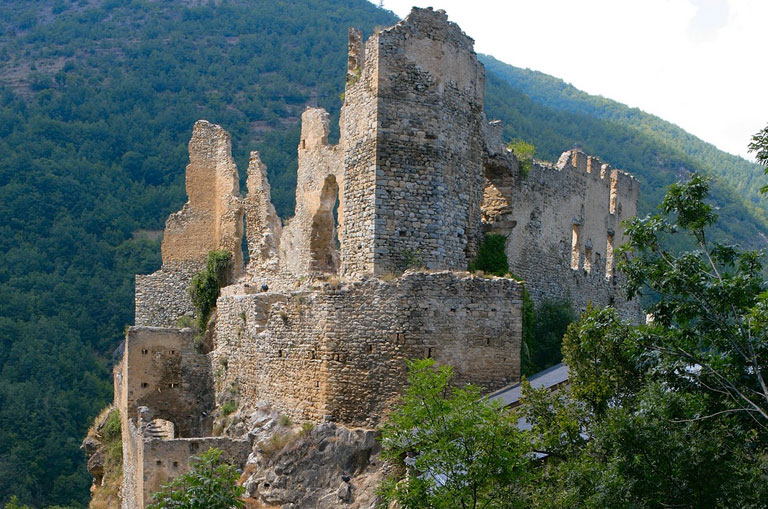 The upper part of the Aude valley has three successive plateaus at the edge of the mountain range: Pays de Sault, followed by the Donezan and Capcir. The forest (...) 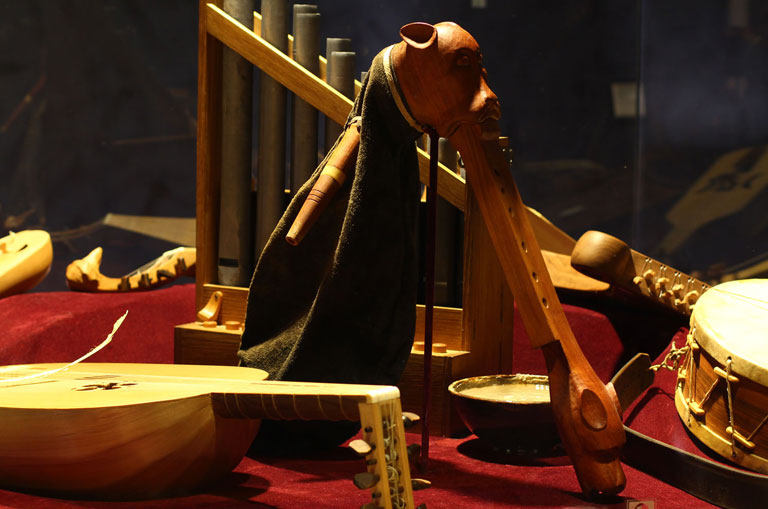 What was it like to be a carpenter, a blacksmith or a dressmaker? What was life like at the beginning of the 20th century? Did they have heating? What did Middl (...) 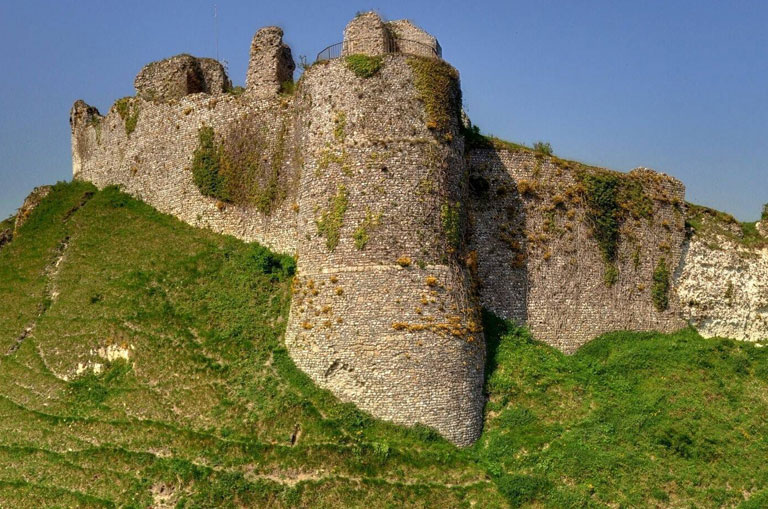 A few kilometres away from Coustaussa castle, a lush green valley emerges. In this unexpected tranquillity, the keep of Arques, a Gothic architectural masterpie (...) 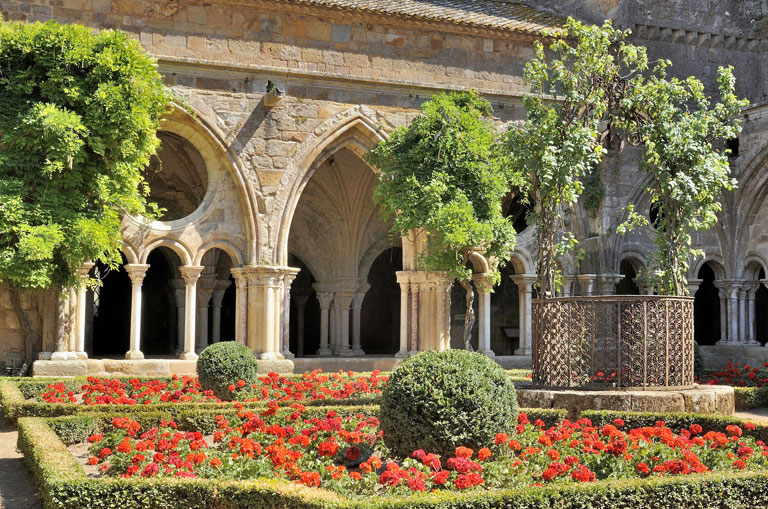 Fontfroide is one of the largest Cistercian abbeys in France. Standing alone and magnificent in the silent heath, light dances on its beautiful ochre and pink s (...) 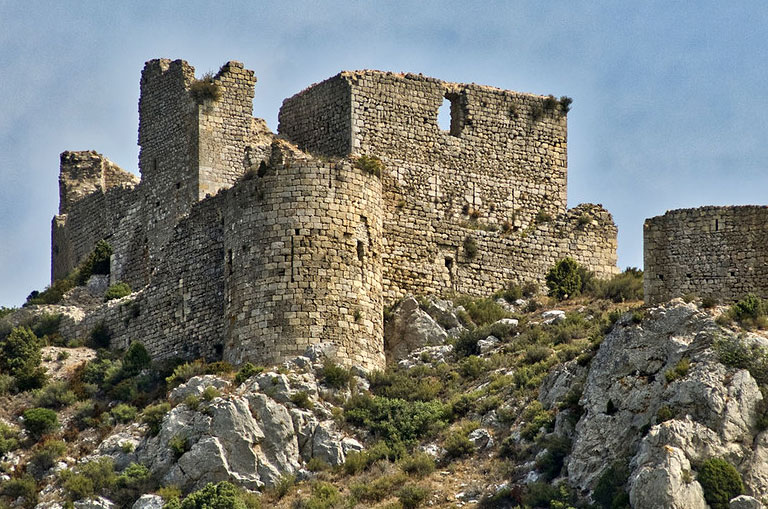 Aguilar, the "eagles' rock", rises above the surrounding vines and the heath. Around the castle, encircled by the hilly Hautes Corbières and the majestic Mount (...) 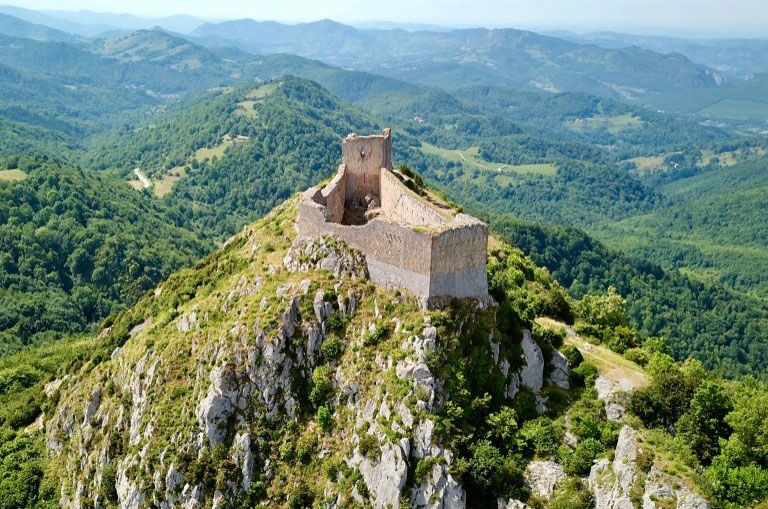 The Château de Montségur is probably the best known of all Cathar Castles. It is famous as the last Cathar stronghold, which fell after a 10 month siege in 1244 (...) 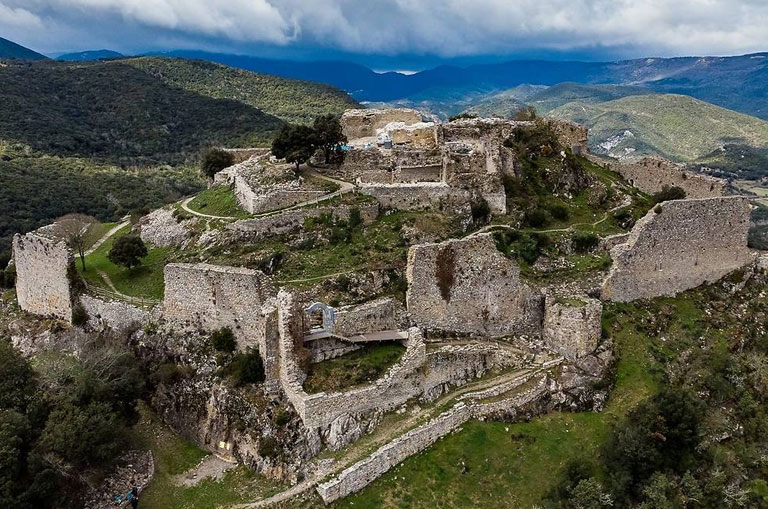 The small road that descends to the Mouthoumet plateau seems to plunge into endless steep mountains. The enormous Termes Castle rises up at the top of its rock (...) 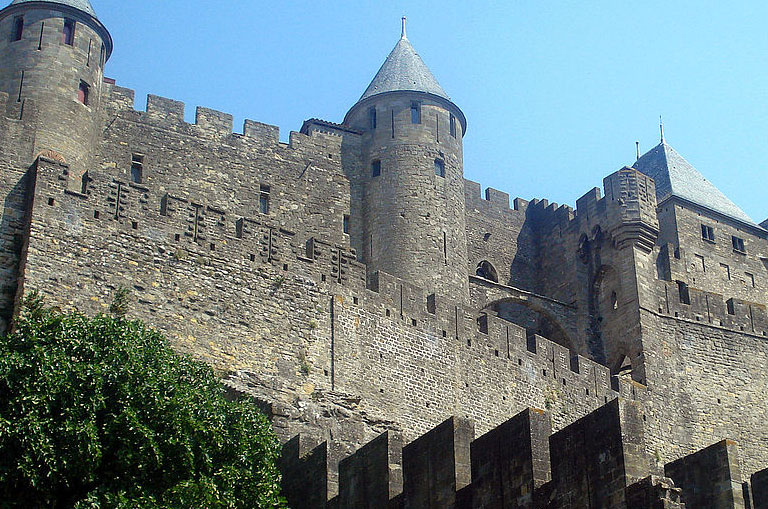 Certified as a UNESCO World Heritage site in 1997, the medieval citadel of Carcassonne is enchanting. It looks like the product of someone's imagination, with i (...) 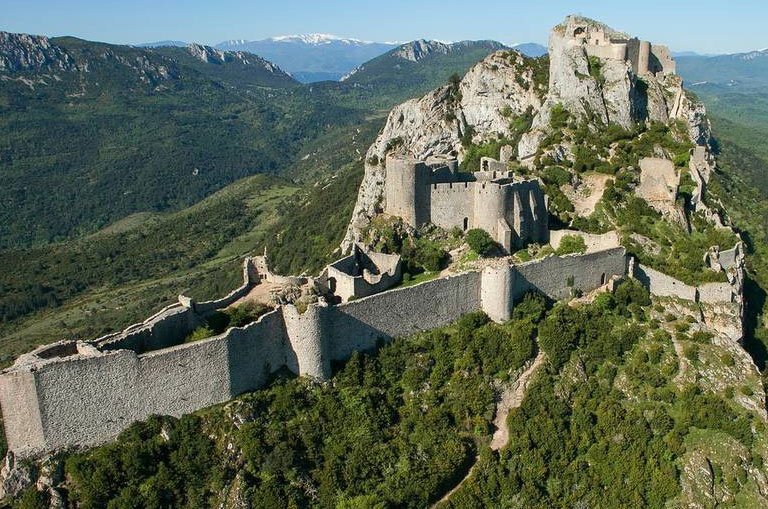 This is the "vertigo citadel" par excellence. Hugging the limestone cliff, the fortress of Peyrepertuse covers an area of 300m! The highest point of the castle (...) 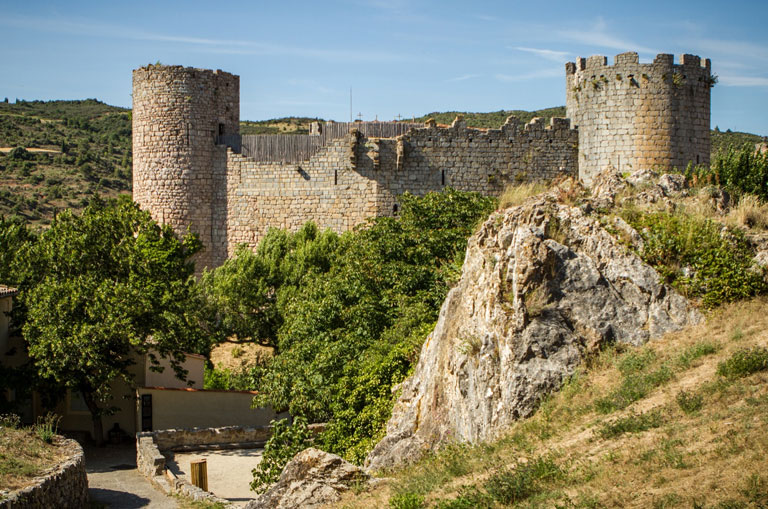 An enduring fixture in the middle of the village, the archbishops' castle of Narbonne contains high ramparts with crenelated towers. Inside, the colours and sme (...) 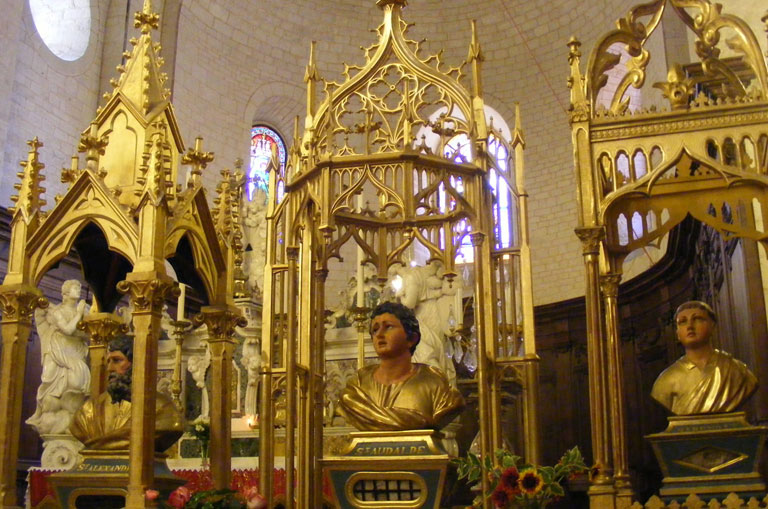 At the foot of the Montagne Noire, Caunes-Minervois has a gentle, pink appearance; it sits on the banks of the Argent-Double, a lively small river which flows t (...) 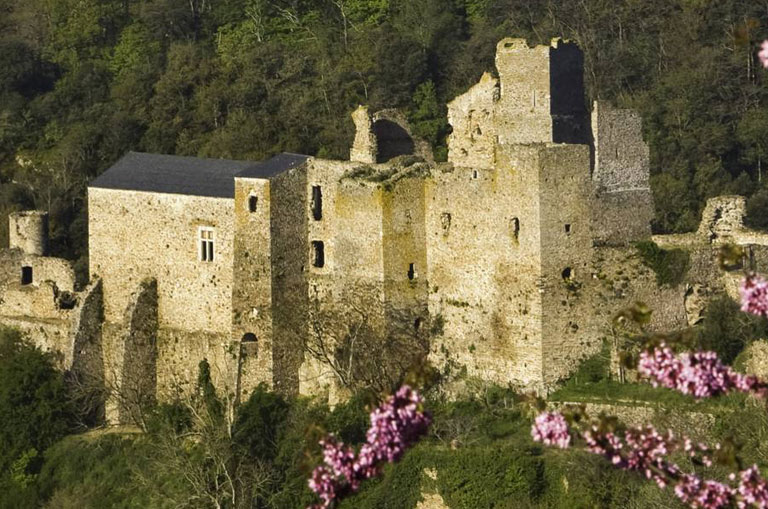 Saissac Castle is one of the oldest castles in the Montagne Noire. Perched at 450m above the edge of the plateau, barely connected to its village, it faces the (...) 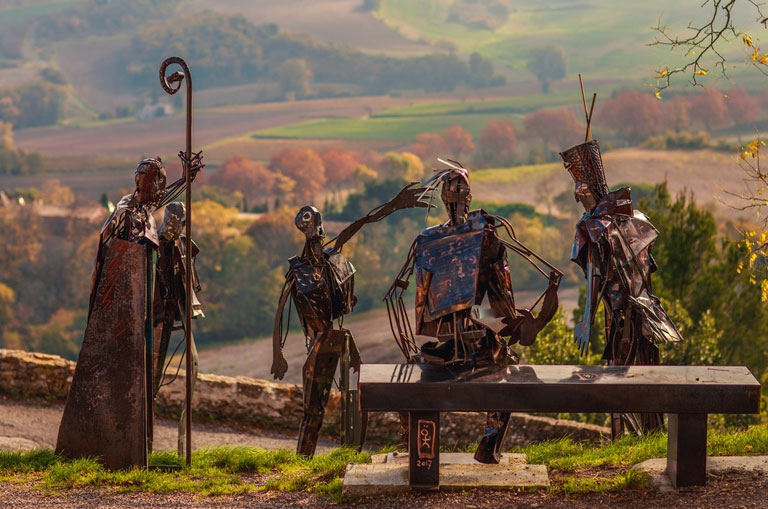 The bell tower of Fanjeaux is a 360m-high beacon in the landscape, which can be seen from all over the Lauragaise plain. The roads, with their enchanting garden (...) 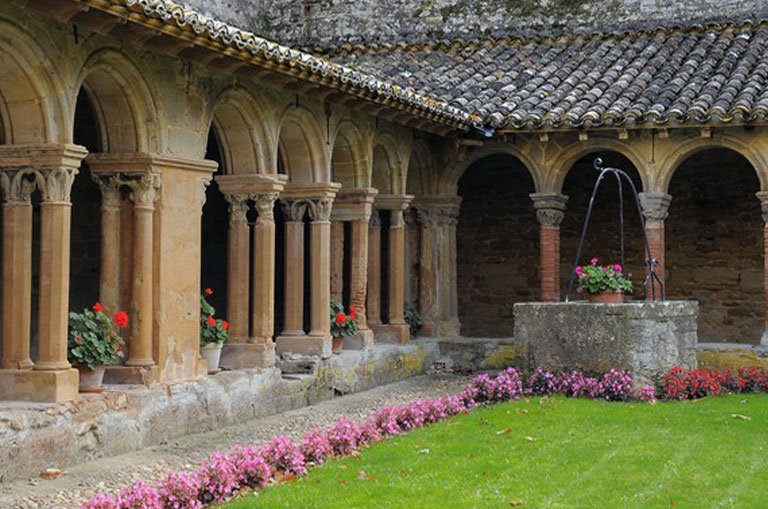 From Catalonia to Navarra and from Languedoc to Tuscany, the Master of Cabestany, a leading sculptor in the Romanesque style, created his masterpieces. One of t (...) 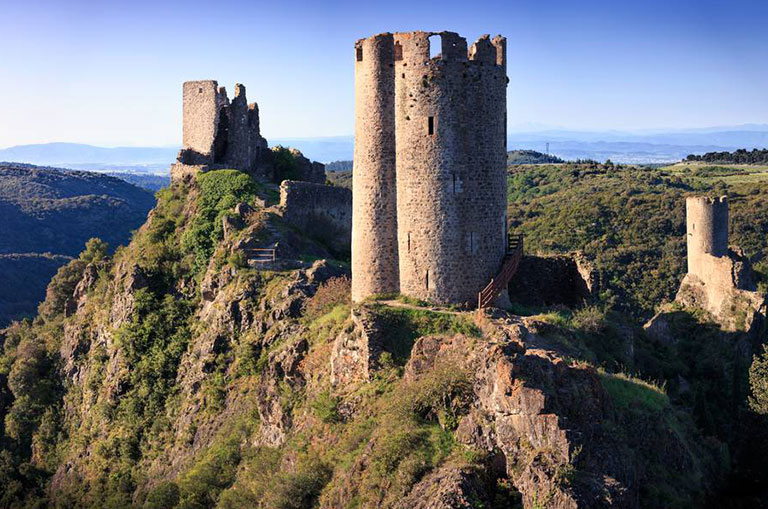 Four royal fortresses join forces along a long, dry ridge which dominates the village of Lastours. The remains of the medieval village can still be seen on the (...) 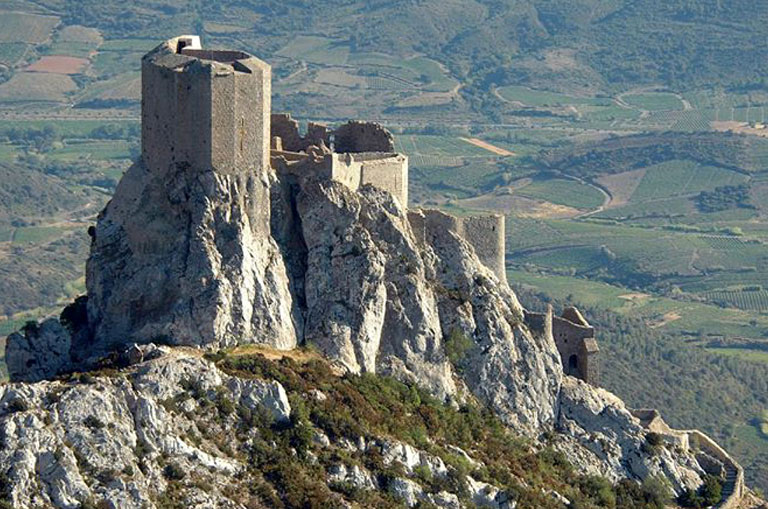 At first you can only see Quéribus's enormous keep which seems to spring from Corbières to face Fenolhedés, which is opposite. From the top of its 728m-high, ro (...) 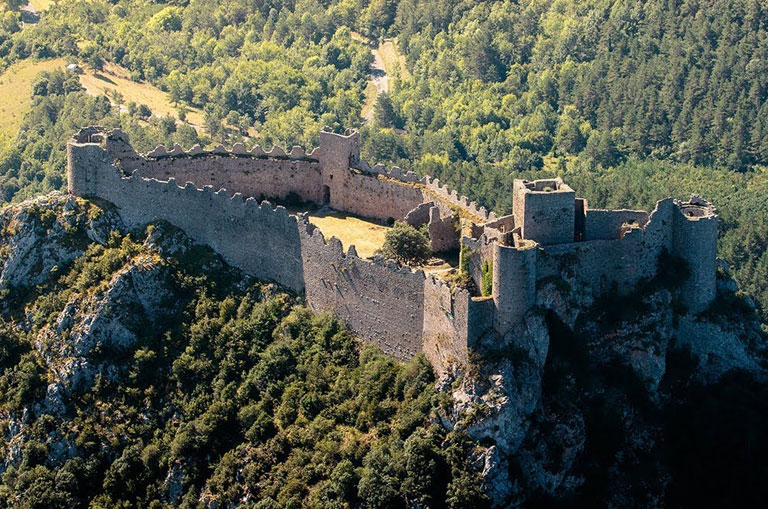 Alone on "le Mont Ardu", 697m above sea level, the castle watches over the village of Lapradelle-Puilaurens and the surrounding forest of Fanges. Its battlement (...) 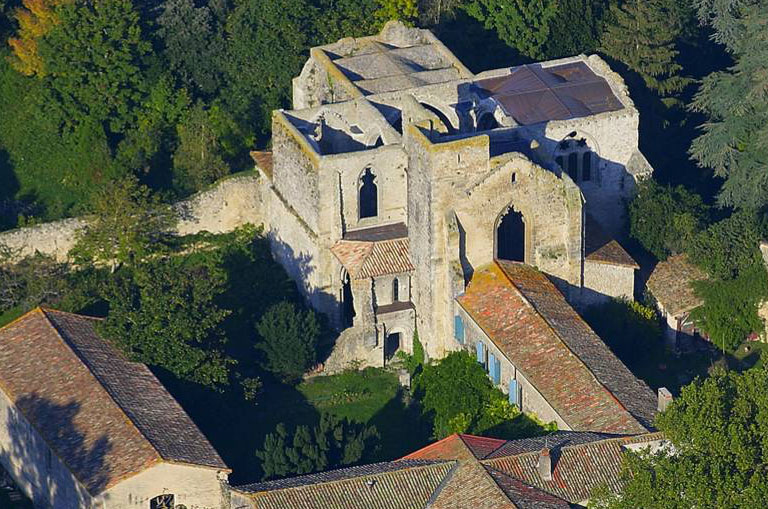 Discreetly located at the bottom of a leafy valley, on the banks of the river Vernassonne, Sainte-Marie de Villelongue initially looks like a typical example of (...) 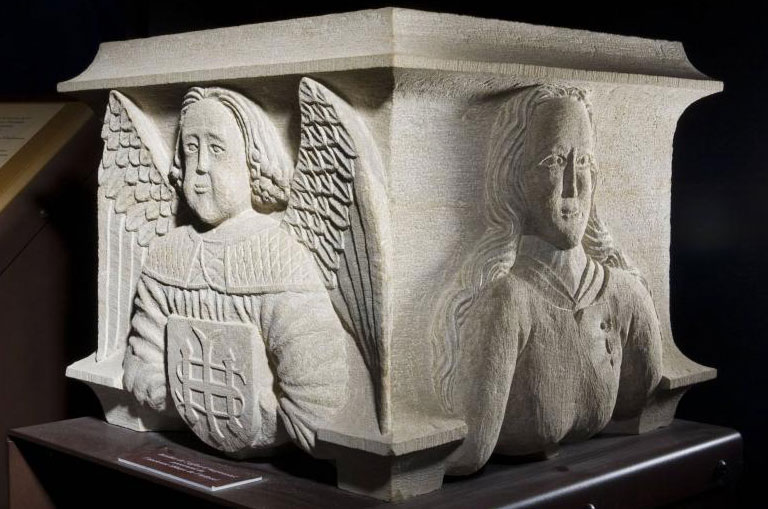 Departing from Carcassonne, the road leaves the vineyards and the Midi canal in order to embark across Cabardès. A beautiful forest suddenly gives way to a low (...) 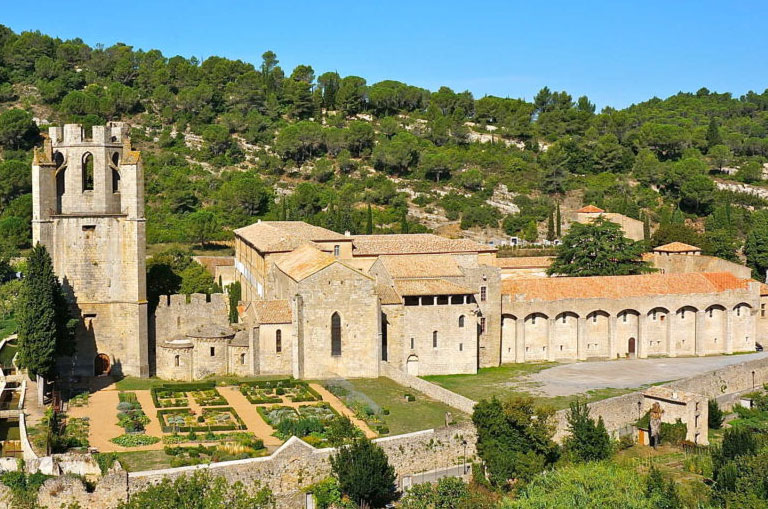 In this small valley surrounded by steep hills on the banks of the river Orbieu, the largest Benedictine Abbey in medieval Languedoc once prospered. On the othe (...)