While not as famous for its wine as Burgundy or Provence, Occitanie is actually France’s largest wine producer. For generations, it made the country’s cheapest wine. But a concerted effort in recent decades to focus on quality over quantity has resulted in some world-class vintages.

One of the most interesting facts about the Region is that sparkling wine was created here, in 1531, by monks at the Abbaye de Saint-Hilaire; 150 years later the Benedictine monk Dom Pérignon travelled through and later introduced the wine to the province that now made it famous, Champagne.

Nourished by the Mediterranean sun and the richness of their different wine districts, the Languedoc wines all have their distinctive personality, whether they are reds, whites, rosés or sparkling wines. They are part of the rich cultural and culinary heritage of the region.

Spreading over 245,000 hectares, the Languedoc vineyards are one of the largest vineyards in France, as well as the oldest. From Nîmes to Aude, from Montpellier to Carcassonne, from mountains to bushland and sea, the vineyard landscapes pass by as you travel along the wine routes. Only one thing remains constant: the Mediterranean Sea.

Grapevines are widespread in Occitania, where they represent a third of the cultivated land. From the Rhône to the Pyrenees, the vineyards of the Pays d’Oc blossom in a perfect alliance between the land and the grapes. In a landscape which has been shaped by grapevines since the dawn of time, the Pays d’Oc vineyards spread across four wine districts of Occitania: Gard, Hérault, Aude and the Western Pyrenees, as well as the six municipalities of the Lozère region.

Travelling through the large vineyards of the Pays d’Oc will take you to major historic monuments, like the ancient Roman aqueduct known as the Pont du Gard, the Canal du Midi, the city of Carcassonne, numerous abbeys, thousand-year-old walled villages, the fishing ports of Sète and Marseillan, the lagoons with their unique plants and animals, and finally the atmosphere of the shady terraces in the beautiful southern cities.

Situated 40 kilometres away from sandy beaches, with 320 days of sunshine each year and mountains and vineyards as far as the eye can see, the Roussillon district offers a paradise for tasting wines, whether reds, whites, rosés or the region’s famous fortified sweet wines known as vins doux naturels.

A landscape with many different sides to it, the Roussillon invites you to replenish yourself by enjoying the local produce and its famous wines. Between the land and the sea, the Roussillon district enjoys a warm, sunny climate, which is perfect for the production of wine. This is a natural amphitheatre open to the Mediterranean to the east and bordered by three mountain ranges: the Corbières to the north, the Pyrenees and Mount Canigou to the west, and the Albères to the south. The plain has three rivers: the Agly, the Têt and the Tech.

Between the vineyards, the mountains and the chateaux, the richness of the heritage is equalled only by the authenticity of its characterful wines. Wines that perfectly match the world-famous local fine foods.

The vineyards of France’s southwest cover 12 districts, from the Massif Central plateau to the hills of Gasconnes and the Pyrenees mountains, particularly in the Occitanie region. Take the southwest wine route through changing landscapes and discover UNESCO World Heritage sites: Toulouse, Cahors, Auch, Albi, and the Saint-Jacques-de-Compostelle pilgrims’ trail. Grape harvest festivals and events, visits to the wine cellars, tasting courses and wine and fine-food matching events are just some of the wine tourism activities organized by the local winegrowers and producers. The discovery of the south-west wines goes hand in hand with internationally renowned local fine foods, such as foie gras pâté, truffles and Roquefort cheese.

As well as offering specialised tours throughout several regions in France, We have designed several fabulous short break suggestions that offer the maximum flexibility to our clients; they are available both mid-week and weekend throughout the year, providing you with the complete freedom to choose your travel dates. 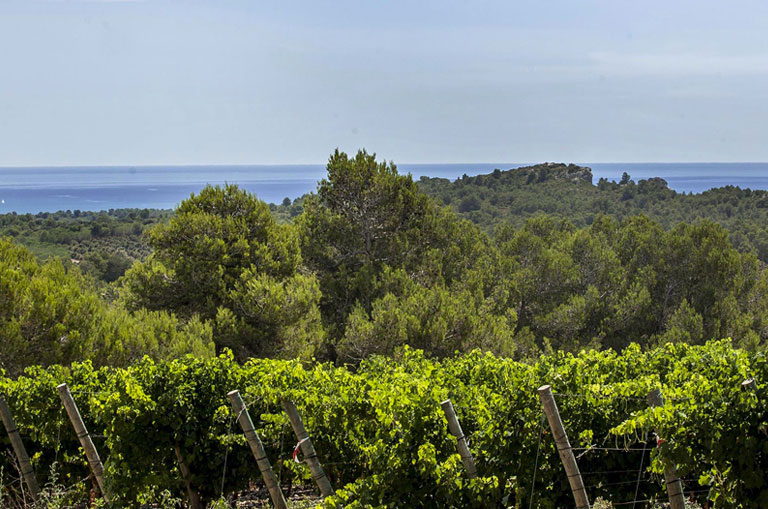 From the Rhône to the Pyrenees, the vineyards of the Pays d’Oc blossom in a perfect alliance between the land and the grapes. In a landscape which has been shap (...) 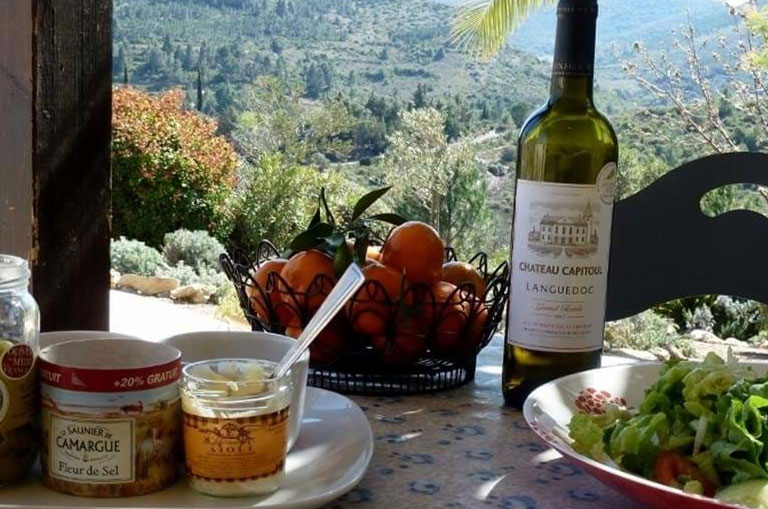 Situated 40 kilometres away from sandy beaches, with 320 days of sunshine each year and mountains and vineyards as far as the eye can see, the Roussillon distri (...) 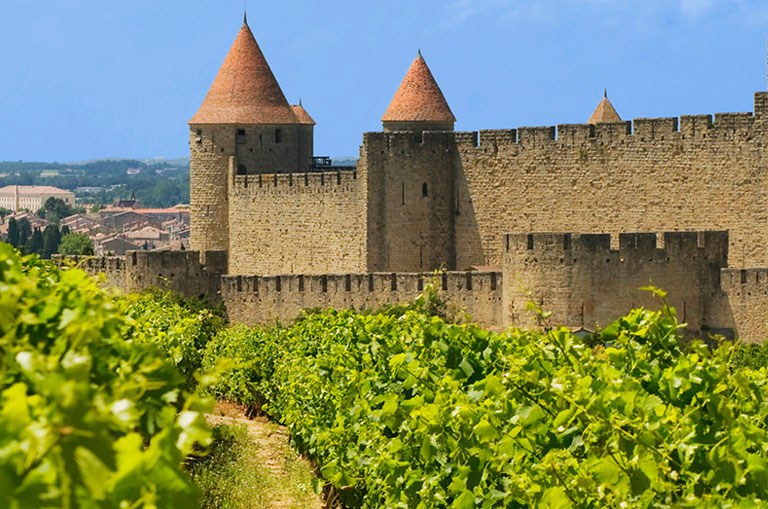 Explore the history stretching back to the Gauls with character flowing like the local wine. Discover one of the world’s most underrated wine regions; explore t (...) 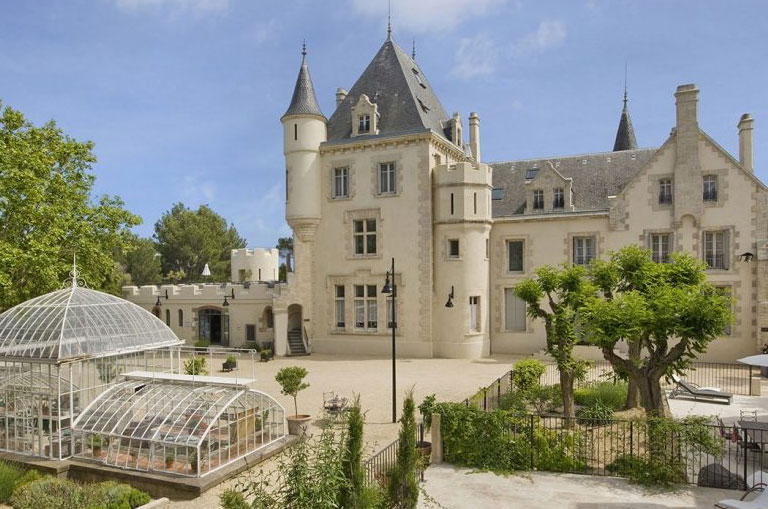 Experience a luxurious stay at Château Les Carrasses. During your stay you will have the opportunity to discover the Châ (...) 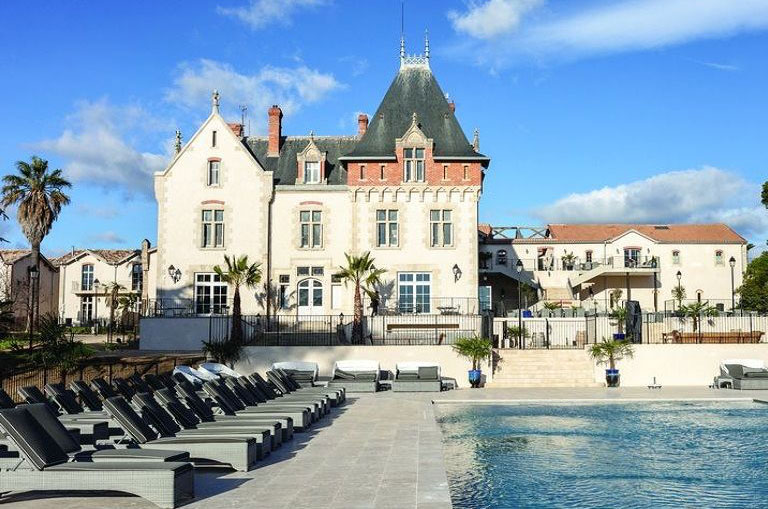 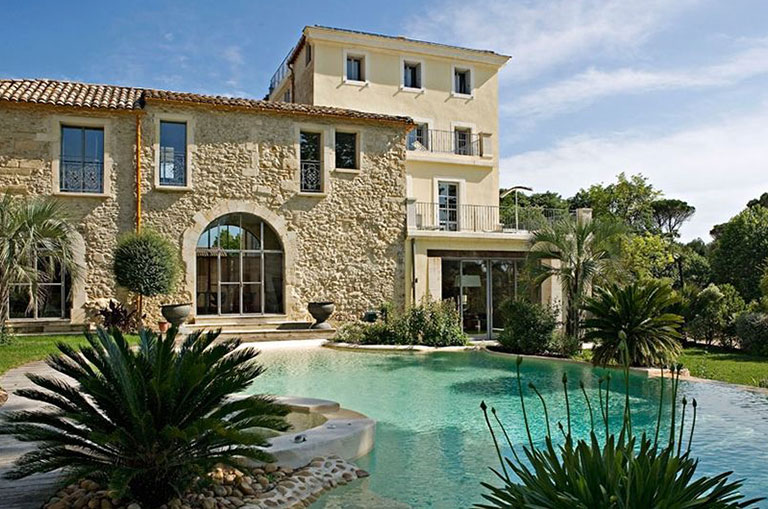 Experience a luxurious stay at Domaine de Verchant. During your stay you will have the opportunity to discover the Domai (...) 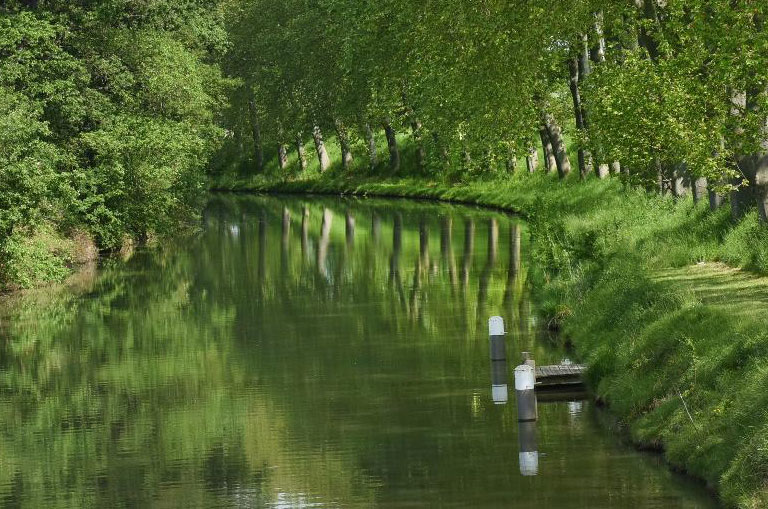 Vineyard tour of Minervois AOC vineyards including a wine tasting cruise on the Canal du Midi and includes a two-night s (...) 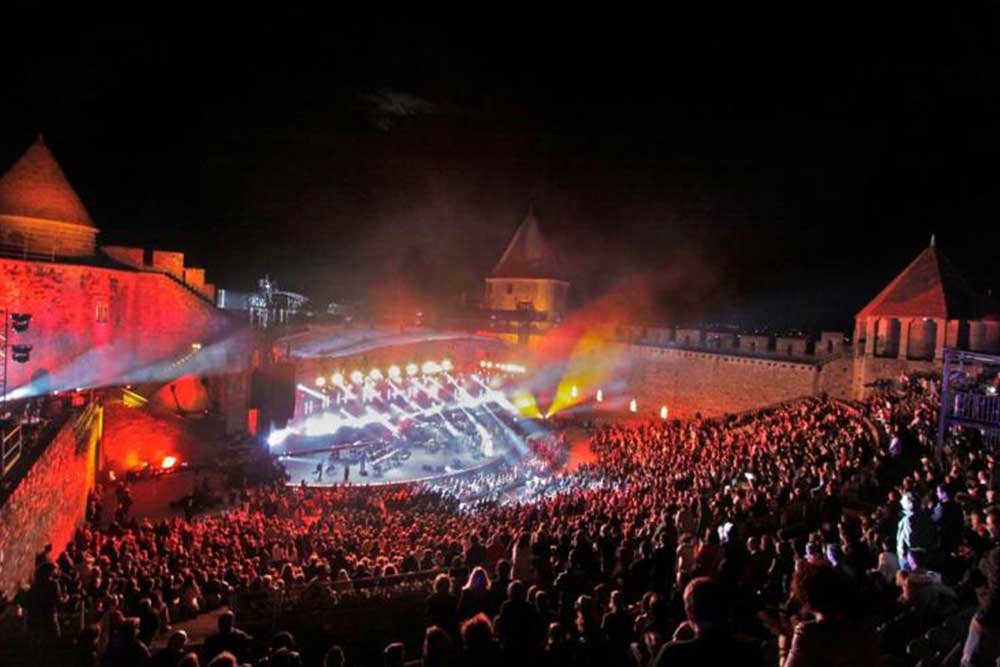 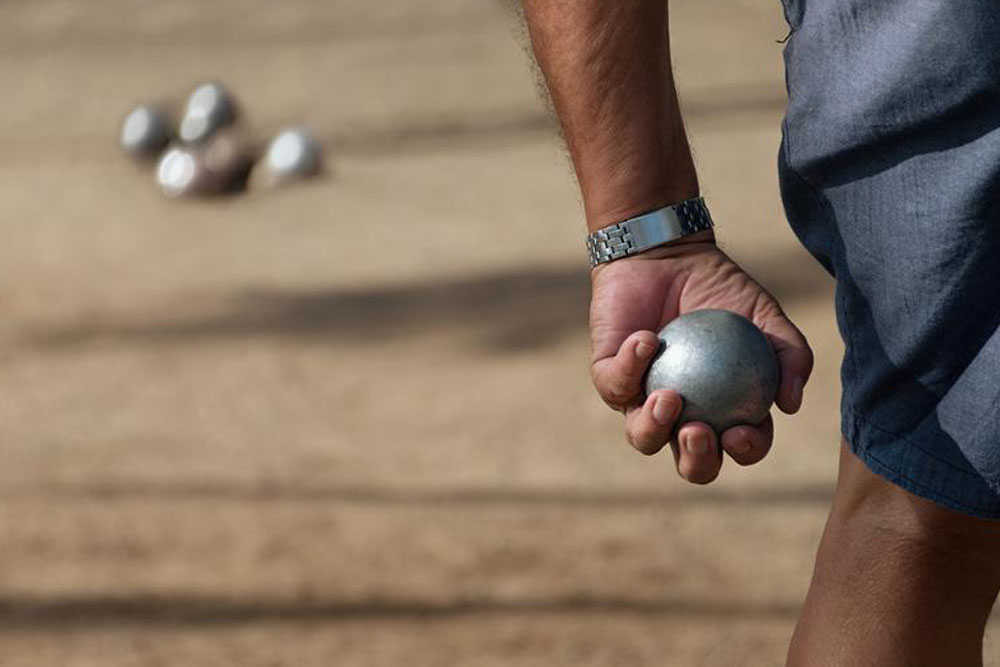 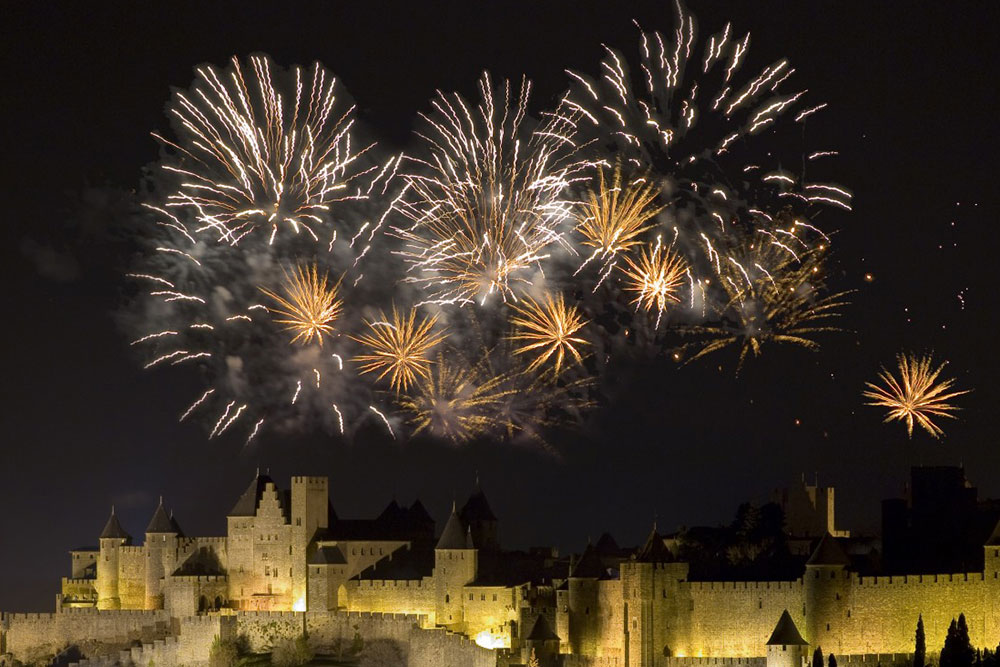 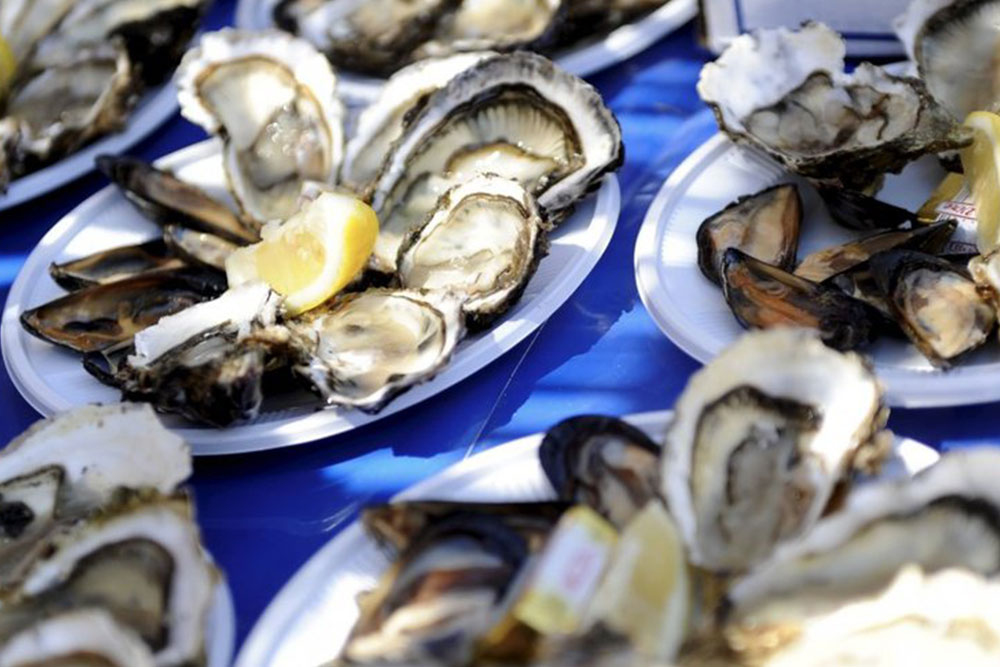